Better When We’re Together

When Jack Johnson and REVERB connected in 2005, Jack was already a leading voice calling for a green and sustainable music industry. Using his shows and music to create change, Jack involves the entire music community to encourage positive action for the environment.

Over the years REVERB has helped Jack take his activism to the next level through coordination of volunteers, overseeing backstage and front of house greening strategies and implementing fan engagement programs which support local non-profit groups.

Since 2008, REVERB has been working with Jack, his wife/manager Kim and their team, along with his social action network All At Once to increase fan engagement in the Village Green at each show, resulting in hundreds of thousands of fan actions. We’ve also jointly worked to identify local nonprofit organizations in each city working to support plastic free initiatives, sustainable local food systems, and other environmental projects. 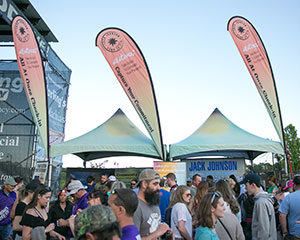 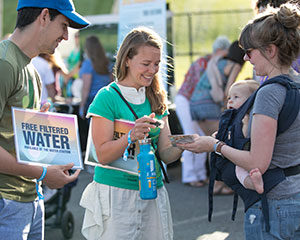 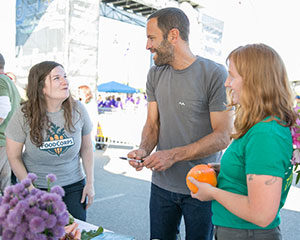 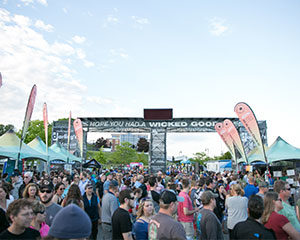 In 2013, REVERB and Jack’s team met with the White House Council on Environmental Quality to discuss their efforts in greening the music industry. This first meeting springboarded into the Sustainable Concerts Working Group (SCWG), a collaborative cohort of music industry professionals, non-profits, environmental researchers, and public organizations, which promotes sustainability and shares tools for artists, venues and fans. Since 2013, SCWG members have presented together on panels at industry conferences including Pollstar, Billboard, SXSW, and more, driving further awareness around greening best practices.

REVERB staff traveled internationally in 2017, supporting Jack as he traveled to South America, Australia, and New Zealand. Our team worked closely with All At Once to develop multicultural, multi-language activations that spread a message of environmental action, while raising awareness and support for local organizations working to strengthen their communities.

As this partnership has deepened over the years, so too has our joint commitment to use music as the platform to create real measurable change for people and the planet. To further that work and help REVERB encourage the industry to move in a more sustainable direction, Kim and Jack Johnson joined the REVERB Advisory Board in 2018.

A Music Industry Effort to Turn the Tide on Plastic Pollution