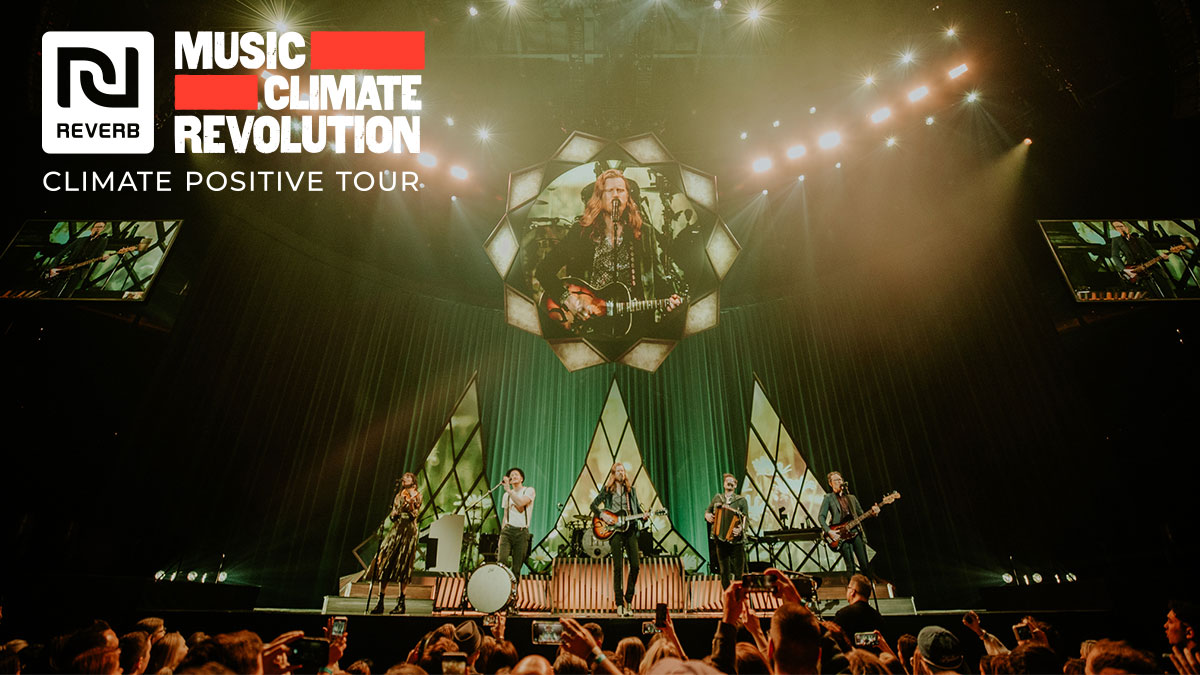 The Lumineers are thanking fans for helping them achieve real and measurable change through their participation in a variety of philanthropic initiatives supported by their last tour. With over 150% of all CO2 emissions offset, the completed dates of their North American Arena Tour were deemed Climate Positive by Reverb. To show appreciation for fans’ support of the tour and commemorate the Climate Positive milestone, The Lumineers are releasing a new live video “Salt and the Sea,” filmed during III: The World Tour and streaming now via the band’s official YouTube channel.

The 2x GRAMMY® Award-nominated band partnered with the nonprofit organization, REVERB, for III: The World Tour, to help reduce their carbon footprint and affect social change while touring. The Lumineers and REVERB engaged with fans across North America, who helped make it one of the world’s first Climate Positive tours. Activist Artists Management and The Lumineers worked closely with REVERB’s unCHANGEit Campaign to offset over 150% of its CO2 emissions, including fan travel, through funding projects that eliminated 4,300 tons of carbon – the equivalent of taking 1,000 cars off the road for a year. The full results of fans’ environmental and social impact throughout III: The World Tour can be found in REVERB’s Tour Impact Report.

REVERB’s #ROCKNREFILL campaign – supported by Nalgene® – saw 2,253 fans donating for a custom reusable water bottle. The campaign’s free water filling stations, along with the use of reusable bottles, eliminated the use of over 10,000 single-use plastic bottles and 60,000-70,000 plastic straws. Sustainable efforts backstage included providing reusable water bottles and mugs for band and crew; recycling in offices; supplemental composting where needed; proper battery disposal; the use of green cleaning products and bio-products for catering and buses; and over 200 pounds of toiletries rescued from hotels and donated to local shelters.

The REVERB Action Village gave fans an opportunity to take over 18,000 individual actions supporting nonprofit organizations and partners. The fans were able to make a positive impact on both a local and national level, donating over $280,000 to support an array of issues including climate change, addiction treatment and homelessness, including $75,000 going to a variety of local organizations. Nationally,Shatterproof, which is dedicated to reversing the addiction crisis in the United States received similar support.

The tour also teamed with Musically Fed, a Phoenix, AZ-based nonprofit committed to mobilizing the music industry in the fight against hunger, to provide 1,492 donated meals across 18 separate shows, and with GivePower, a nonprofit committed to providing developing regions with access to life-saving, clean water, with whom the tour raised enough to provide clean water for 1,500 people for 20 years.

Additionally, III: The World Tour saw hundreds of voters registered across the country through its partnership with HeadCount, a non-partisan organization that works with artists to promote participation in democracy.

While COVID-19 may have shut down touring, The Lumineers have continued to find creative ways to give back. #ColoradoGivesBack, presented by The Lumineers, was a livestream event produced by Activist Artists Management that raised over $675,000 for MusiCares and Colorado restaurant workers on May 8. Through ongoing merchandise promotions and initiatives, over $50,000 was raised for the NAACP Legal Defense Fund. Additionally, Jeremiah Fraites curated the #Gaming2GiveBack live-stream gaming event, which raised over $67,000 to benefit No Kid Hungry.