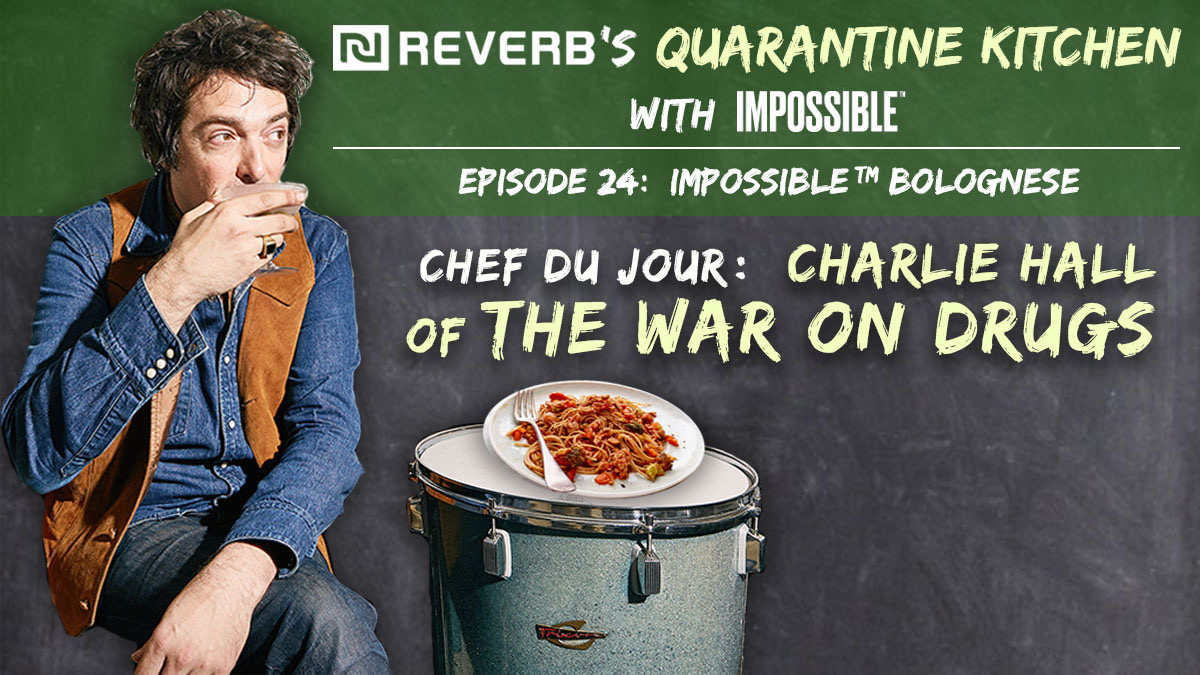 Charlie Hall is truly a renaissance man. In addition to being the renowned drummer for the band The War On Drugs, he’s also an accomplished cook and well known for his abilities as a bartender.

This week, Charlie joins host / REVERB Co-Director / Guster frontman Adam Gardner to make a vegan version of a classic recipe that’s usually heavy on the meat – Vegan Bolognese with Mushrooms, Walnuts, and Impossible™ Burger. Here’s a bit more about the recipe from Charlie:


“I know what you’re thinking – ‘it’s not Bolognese without a bunch of meat and dairy’, but if you want to skip the trip to the butcher and keep things clean, this recipe is equally rich, robust and complex, owing to seared mushrooms, Impossible burger and toasted walnuts, which are bolstered by balsamic vinegar, tomato paste, soy sauce and Vegemite. Serve over your favorite pasta (I like rigatoni which helps capture all the delicious bits), over some ricotta toast (if you’re not actually vegan), or incorporated into your favorite lasagne recipe.”

Check out the recipe below so you can cook along! AND WATCH PAST EPISODES HERE!

Adapted from a recipe by Alexa Weibel (yields about 6 cups)

❏ 1 cup shelled walnuts (about 100 grams), chopped into pieces no larger than 1/4-inch

❏ 12 oz fresh mushrooms (preferably half shiitake and half cremini)