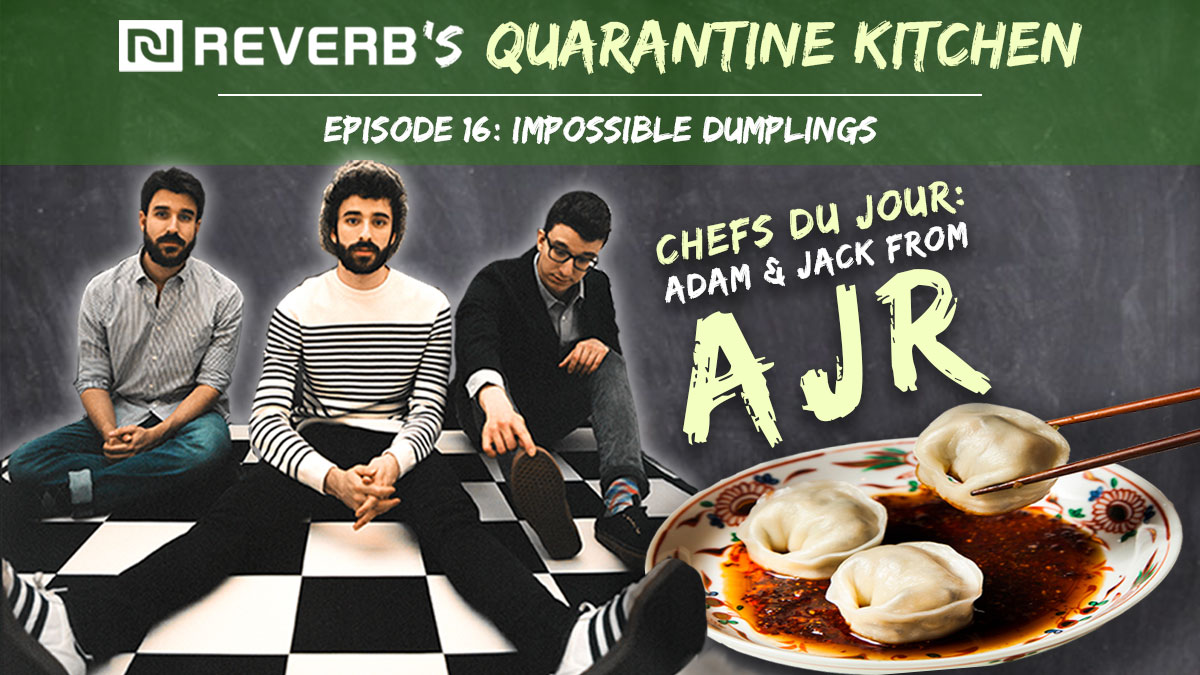 It’s a brotherly team in episode 16

Adam and Jack Met – AKA the A & J of AJR – have always been  DIY-ers. From creating music together in their apartment when they were younger to busking on the streets of New York City to writing, producing, and playing all the instruments on their albums, the brothers Met aren’t afraid to roll up their sleeves and get to work!

Now we’re going to find out if their DIY prowess extends to the kitchen!

We’re delighted to have Adam and Jack join us in the Quarantine Kitchen to make Impossible Dumplings!

Check out the recipe below so you can cook along at home!

Special thanks to our partners at Clif Bar & Company for their support of Quarantine Kitchen and donating 1,000 Clif Bars to Adam and Jack’s nonprofit of choice: Freedom from Hunger.