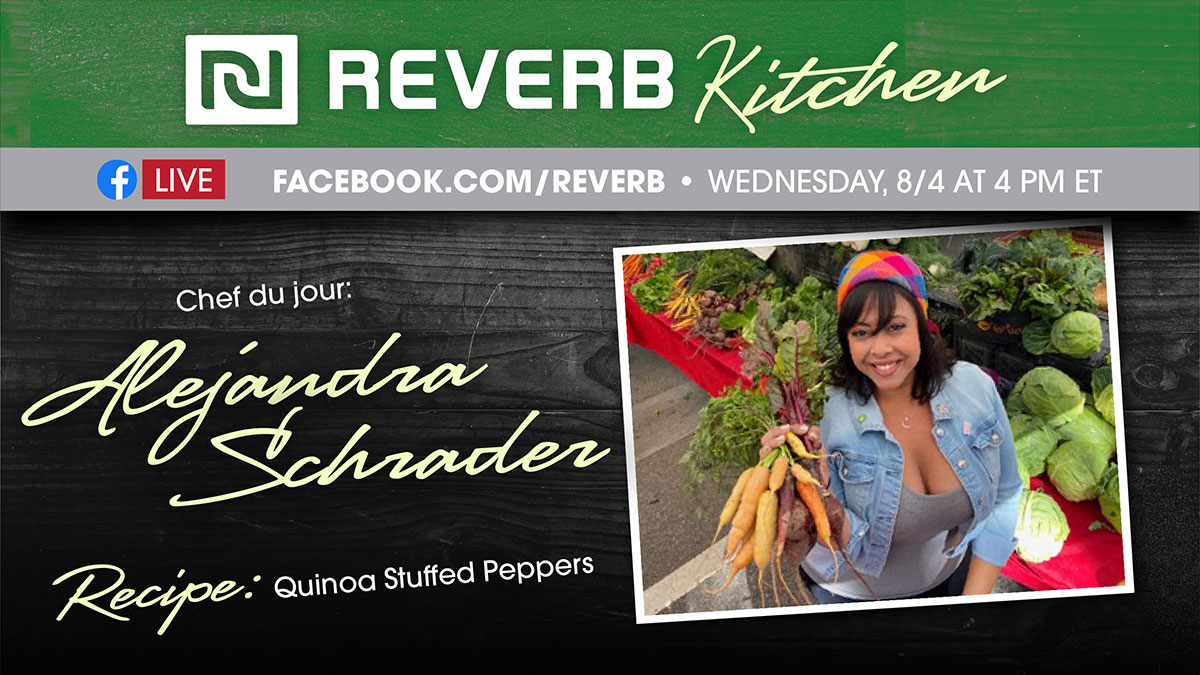 Chef Alejandra Schrader is a plant-based chef on a mission. Building on culinary influences from her childhood in Venezuela, Alejandra has been promoting Earth-friendly sustainable eating as a way to fight climate change and help people live healthier lives. As a “Sisters on the Planet” Ambassador with Oxfam, noted speaker at the United Nations and World Bank, and even as a contestant on MasterChef, Alejandra has been delivering a message of plant-based foods and reduced waste to create a better future for people and the planet. She just recently published a cookbook titled, “The Low-Carbon Cookbook & Action Plan.”

Check out the recipe below so you can cook along! AND WATCH PAST EPISODES HERE!

I learned all about stuffed peppers from Mama Irene, my mother-in-law, whose recipe inspired this dish. I’ve used eggplant and lentils to add a comforting and satiating meatiness to the stuffing. I also added quinoa because it’s a nutrition powerhouse that has great texture.